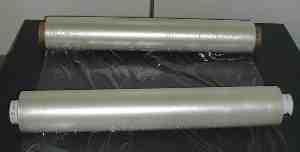 According to REACH „polymer means a substance consisting of molecules characterised by the sequence of one or more types of monomer units. Such molecules must be distributed over a range of molecular weights wherein differences in the molecular weight are primarily attributable to differences in the number of monomer units. A polymer comprises the following:
(a) a simple weight majority of molecules containing at least three monomer units which are covalently bound to at least one other monomer unit or other reactant;
(b) less than a simple weight majority of molecules of the same molecular weight.
In the context of this definition a "monomer unit" means the reacted form of a monomer substance in a polymer;”
Polymers are applied on various fields, such as packaging, construction. They are not easily if at all biodegraded, threfore the reuse, recycling as well as the development of biodegradable polymers are in the focus nowadays.