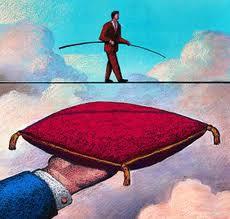 Risk management of the red-mud catastrophe has several stages, the two main ones: risk mitigation and remediation. Risk management of every stage requires accurate assessment of the area, of the sources, the environmental compartments and the receptors, as well as their linkage. After having information of all these the preparation of the conceptual model is possible. Based on the conceptual model the the risks can properly be assessed. The assessed risks have to be comparable with each other (characterised by scores or if possible by quantitative risk value) and the focus should be on the dominant risk. This means that the limited human and financial resources should be concentrated on the most hazardous elements.

The primary contamination source is the red mud pond. In addition, the red mud accumulated downstream on the low laying fields and in the river bed is considered to be secondary pollution source. Removal of these secondary sources is necessary in order to reduce the hazard and further transport.

The arrows showing the transport pathways are symbolising the mass flow. Accurate calculation of these mass flows gives the dominant transport pathways and allows making comparisons and quantitative estimations. These values support decision making on the technological, economical and social aspects related to remediation.

Qualitative and quantitative data collected for the creation of the conceptual model include historical and current data. Having all these data, risk assessment has to be done stepwise, checking the accuracy of the results continuously.

Risk reduction may follow after quantitative characterisation of the risk, starting with the most hazardous components.

In case of an emergency it is obvious that human life has priority. Life hazard and hazard of injury are considered to be of primary importance, therefore the risk arisen thereof schould be fully excluded.

Once through with the life salvaging stage, restoration of damages may follow, excluding the next most hazardous source and mitigating the risk from it.

The primary task is the isolation of the main contamination source: this has not been solved one week and one month after the accident: the pond dike was still open (in the beginning of november), therefore heavy rain would mean high risk. Nevertheless the direct risk on human settlements are mitigated by a system of deflector walls, which were built up to defend the village of Kolontár from a second incidental red-mud flow.

These deflector walls strenghten the safety-feeling of the people and makes life livable at the place.

The surface water is the second most important aspect to deal with in relation with the Ajka accident. In this case the alkalinity of the red mud was considered to be the main hazard. For this reason calcium sulphate and different acids were added into the slurry. The superfluous solid material is sedimented and retained by dams before normaised (pH less than 9,5) water is let into the surface water system.

The next step of risk reduction was the removal of the secondary contaminant sources, meaning the identification of red mud accumulation areas and removal of the red mud. This requires temporary storage facilities that one week after the accident were not yet available, but lateron an area close to the broken reservoir was selected for that purpose.

The red-mud has been removed from the open surfaces of the villages andthe gardens close to the houses. The red-mud layer was removed together with an 5−10 cm topsoil. The removed solid material is dumped at the allotted dump-sites. To neutralise residual red-mud and lower the fear and aversion from the red colour, gypsum was applied in thin layer on the surface of the soil in many of the gardens. The next step is the tillage of the soil and replenish it if necessary.

After one month of the accident the flooded villages are mostly cleaned from the red mud, but many empty houses wait for a decision on their fate.

In parallel with the removal of the secondary contamination sources gradual cleaning of the river bed and adequate treatment of the contaminated agricultural soil is to be done.

Close to 1000 ha agricultural land is flooded by 2−40 cím thick red-mud layer and the maize is still steanding on most of the flooded fields. After having proper information about the state of the art, the classification of the fields will be necessary, according to the thickness of the red-mud layer, about the crops, are there crops or not.

The effect of the alkaline slurry seeping into the soil maybe a problem. According to the results of the first measurements done by HAS-RISSAC (Hungarian Academy of Science - Research Institute of  Soil and Agrochemistry) at the site, the alkaline sludge did not penetrate into deep soil layers. The sludge has got only 1−2 cms deeper into the soil layer and the alkaline solution could only reach 10 cm depth.

The sampling and analyses done by HAS-RISSAC showed that the actual concentration of the toxic metals contained in the red mud and soils do not exceed environmental quality criteria.

Toxicity of the soils flooded by the red mud is being tested by eco-toxicological methods at the Budapest University of Technology and Economics, Department of Applied Biotechnology and Food Science. The first result show, that the red-mud covered soil and the mixture of red-mud and soil is not toxic for soil microbes and plants.

Nevertheless the fine particle size of the red-mud and its nature of plugging (packing) the pores of the very top layer of the soil results in a change in aeration and air supply of the soil. It may lead to the evolution of anaerobic conditions in this upper soil layer and as a consequence to the death of the animals living there (worms, mites, insects, etc.) and to the change of the soil microflora. These changes and negative trends can be reverse by mixing (tilling) the soil as soon as possible.

Tillage or other type of mixing of the soil is hampered by many factors: the high water contents of the flooded soils, the wet and slippery red-mud layer on the surface, the not yet harvested maize on the soils, the big size of the area and also the temporary embargo on agricultural ctivities as part of the catastroph-management.