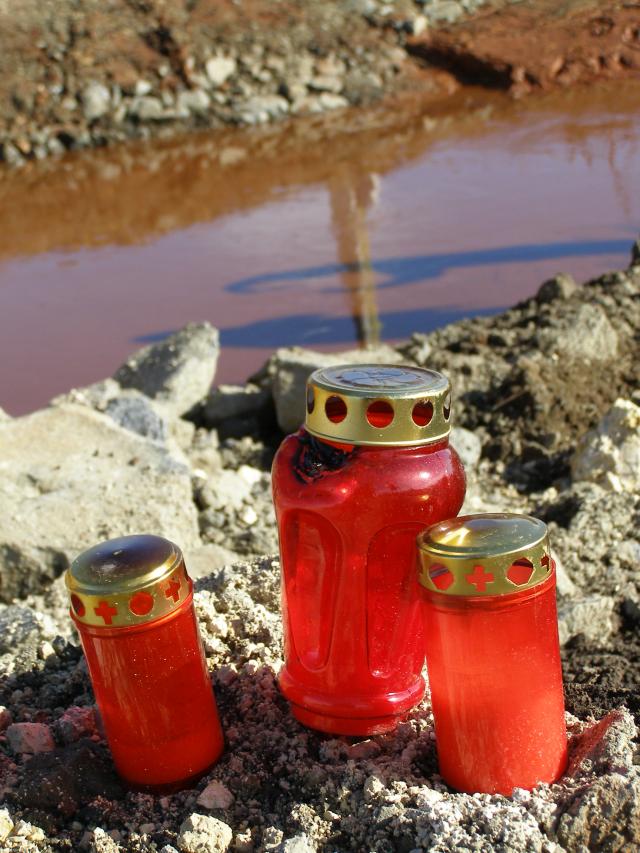 The red mud catastrophe at Ajka has left ten dead victims. Most of them, of which two children, were taken and covered by the flooding tide.  In addition to the above casualties the number of injured victims has reached almost one hundred. Many people have lost their homes as seen on the photos showing the devastated houses. Others try to repair their damaged houses, gardens covered by red mud layers. The fate of the cornfields is still questionable.

Huge amount of forces were mobilised and arrived to the site to help. Financial and material donations (clothing, food etc) were offered. The military, the emergency troops, the volunteers, various supporting organisations have done huge work during the one month time: bridge and railway were re-built and a protection wall around the pond dyke was constructed. Most of the affected areas were cleared from the red mud. The photos show clearly the amount of work done however it is also visible that there is still a lot to be done.

One month after the breach of the red-mud pond dyke