Backfilling of the broken dyke 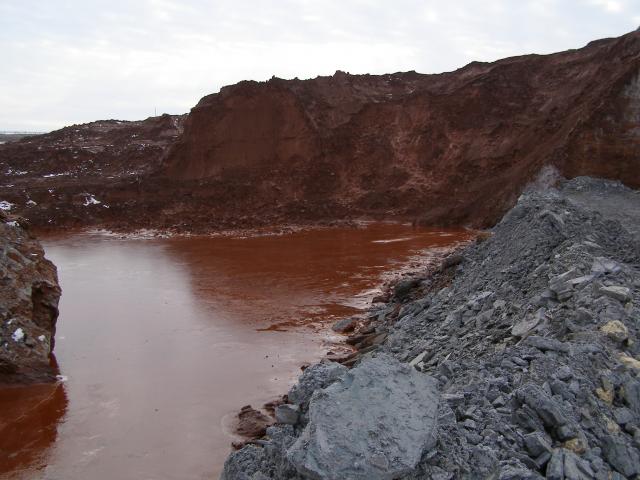 The large opening created by the breach of the dyke has been closed by a several meters high wall. The wall was constructed from concrete-like pieces of the former broken dyke given that there was no other construction material available for that purpose. The new wall forms a barrier in front of the water flowing out from the pond thus hindering any likely outwards movement of the residual pudinglike mud from the pond. The water pressed out from the red mud slurry is discharged from the pond under controlled conditions via overflow pipes and the suspended solids taken by the water get stepwise removed via a multi-stage settling system. The photo shows the material (grey) from which the new dyke was constructed. Further to it one can see the partially dried red mud.

Two months after the red-mud catastrophe